Tis the season for viewing migrating swans. The above picture was taken at the Aylmer Museum viewing area (Aylmer Museum link). There aren't usually the same number of swans there as along Greenway Drive, but because they are fed shelled corn at Aylmer, the birds tend to stay around longer.

Speaking of Greenway Drive (Lambton Museum link), we paid it another visit on March 16, and were rewarded by the largest body of swans we've ever seen: 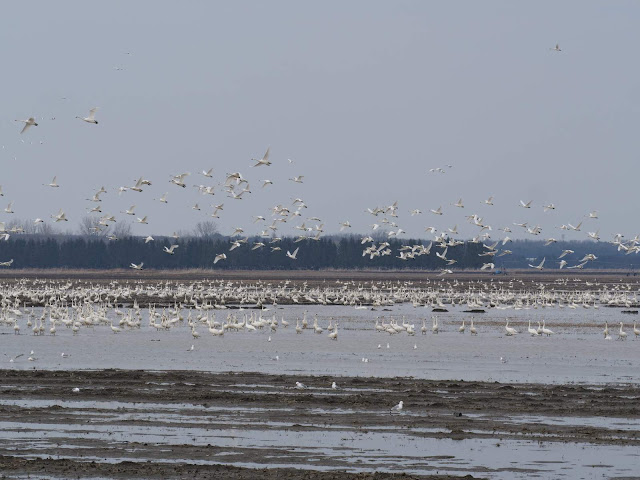 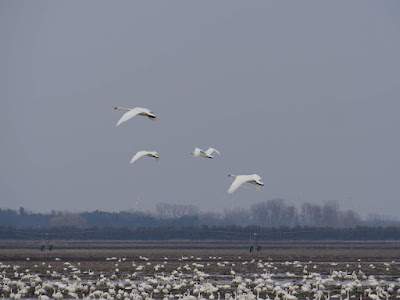 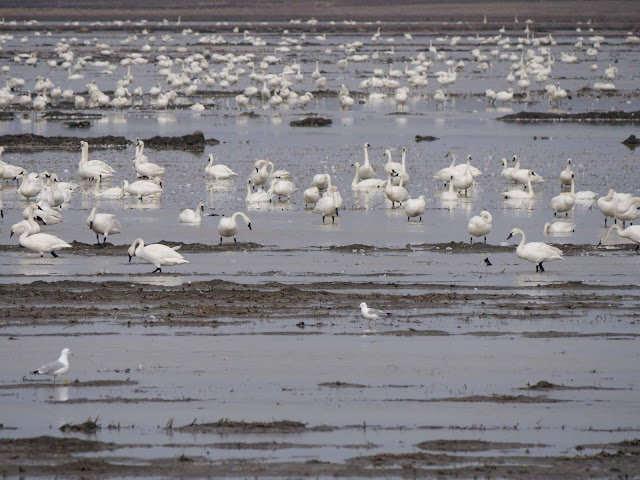 Here's a link to a 2-minute video with some slides and movie clips brought together. The video is a beginner effort for me, but does capture some of the noise and activity of the day. Watch the background in a couple of the video clips, you'll see masses of swans arriving to the area.  Swan Viewing link

We're also dropping in on the Bald Eagle nest periodically. The female appears to be brooding eggs still, so not visible very often. Today though while I was waiting, the female took off from the nest for a short break. I missed getting a picture of her takeoff, but got a couple of her return just a few minutes later: 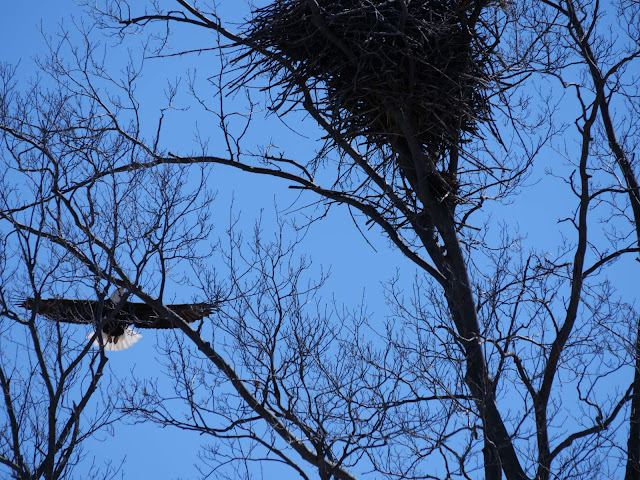 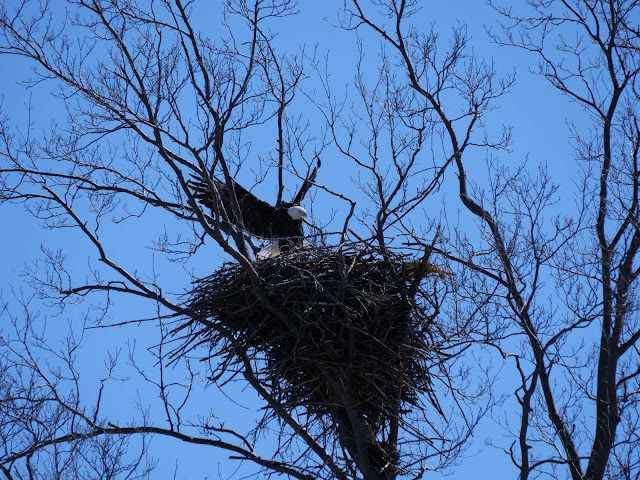 As mentioned in an earlier blog, the campground near to us is working to protect their eroding shoreline. We had seen a vehicle carrying smaller rocks down that way: 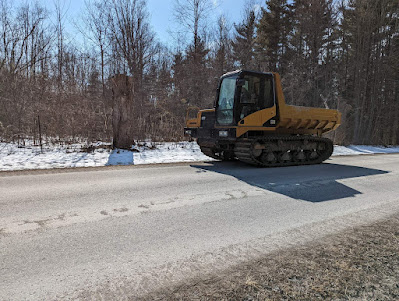 There are also some larger rocks being placed individually. That's a large loader, and it only took one rock at a time: 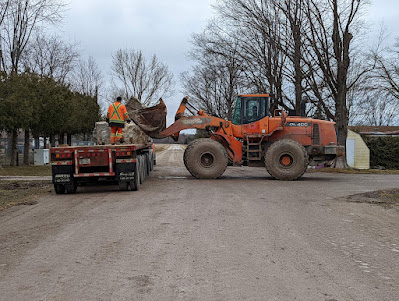 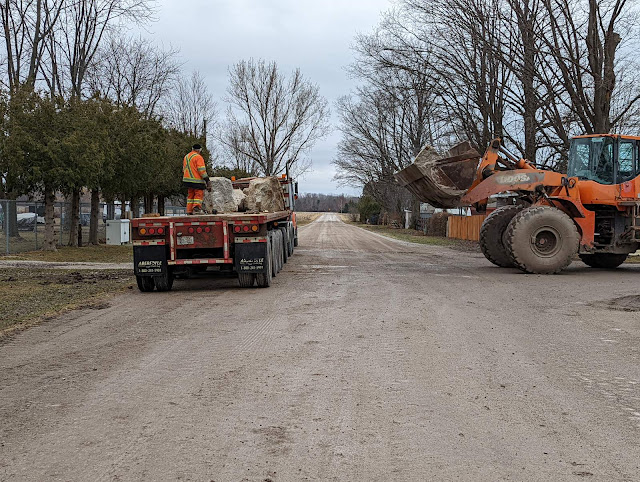 And down at the shore, some careful placement: 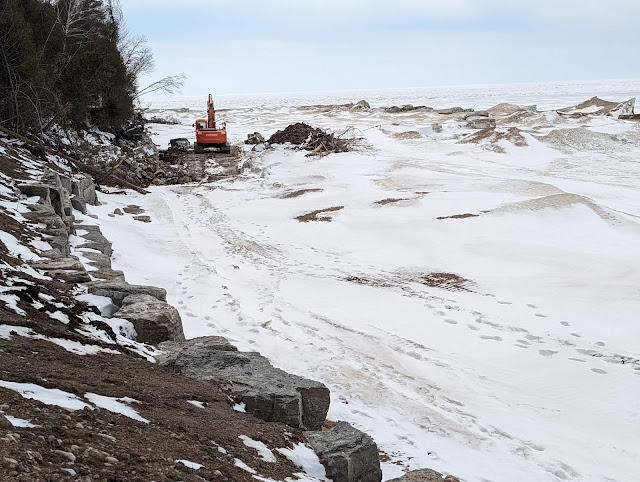 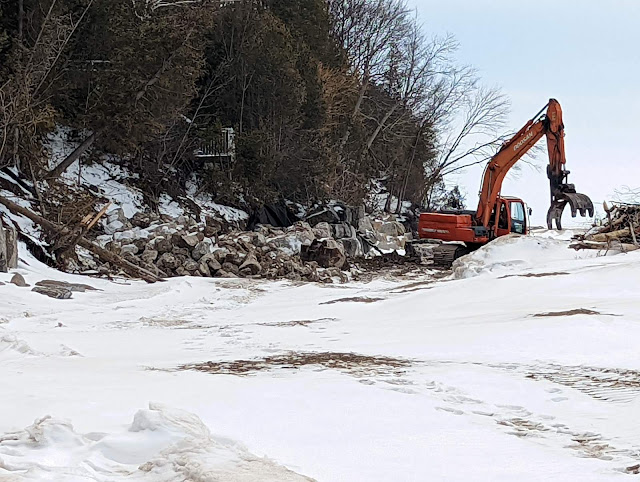 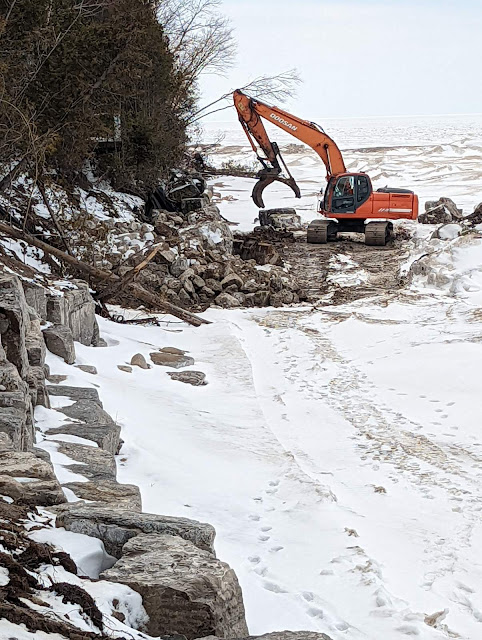 Here at the Mews, the Activity Center roof is sheathed now. Construction has been a bit slow lately for various reasons, but there are bursts of activity, making progress: 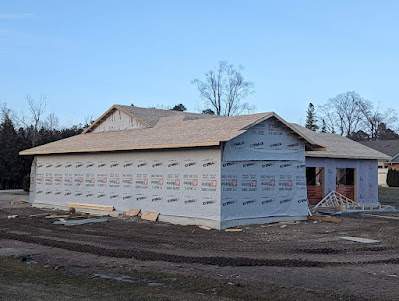