Today started off quite foggy at the campsite. It quickly cleared up though, and the morning was lovely and sunny. It was cool when we started off, about 8C (46F), and it fluctuated quite a bit all day long, finally up to about 21C in Dryden.

At a view stop yesterday we were discussing the drive with a young couple. They asked us if we had done the drive before. When we told them our first trip was 1974, the fellow's jaw dropped a bit. He wasn't born until 17 years after that! He wondered (sincerely I think) whether there was more asphalt paving now than then. I think he visualized gravel roads for anything that old.

Today I realized we were likely doing our last drive out this way since that '74 trip, and I'm now 74. Fitting.

Some beautiful lookout views as usual along Superior. The views seemed better today since our earlier trips. We theorized that the lake views are better heading west than east along Hwy 17 from Wawa to Marathon. What do you think? 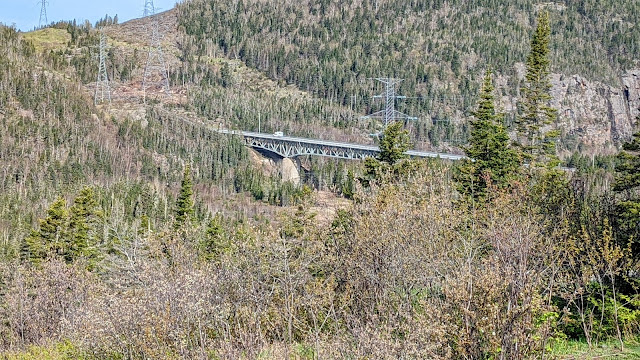 This trip we're stopping at places we've never stopped at before. Aguasabon River Gorge at Terrace Bay was one of these stops today. It's part of a major hydro-electric power generation project finished in about 1948, providing enough power for about 45,000 homes. 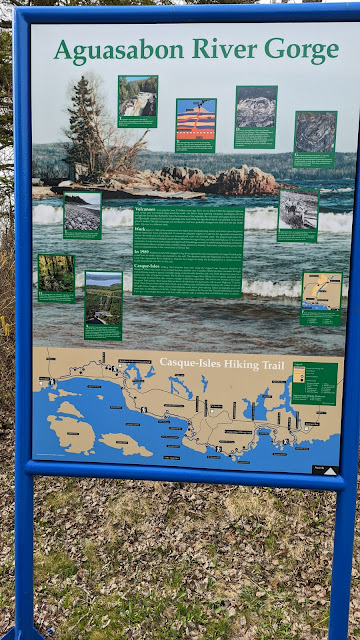 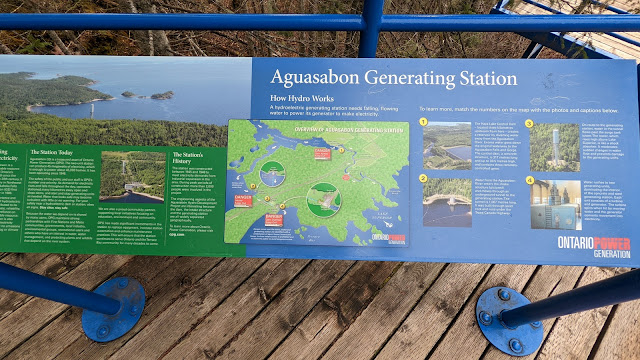 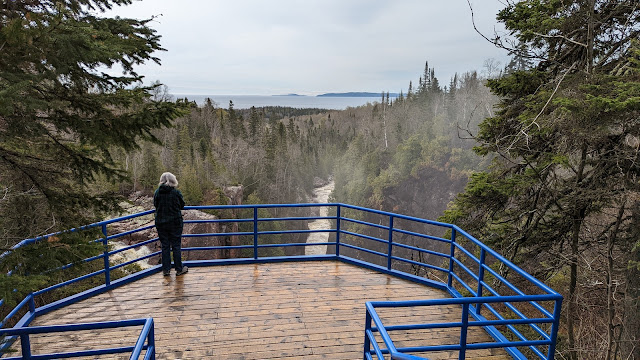 On our most recent trip west in 2018, a new bridge was being built near Nipigon, and it's finished now. Not a real good view, it's quite striking: 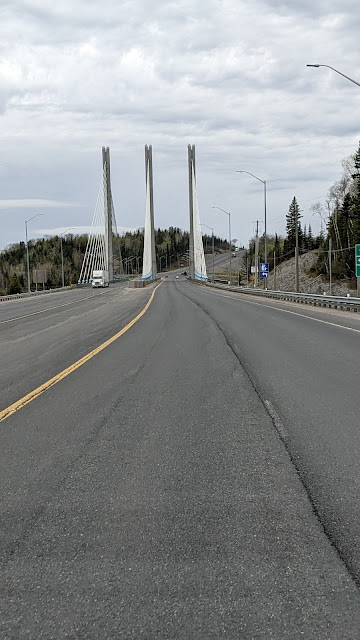 Even though we've visited it before, we had to stop at the Terry Fox Memorial park. Even on the foggy rainy day it was by then, this is very well done. 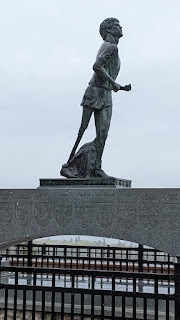 Some ways after leaving Thunder Bay, we stopped at the site marking the change between Eastern and Central time in Canada. We find it kind of interesting to see this marked: 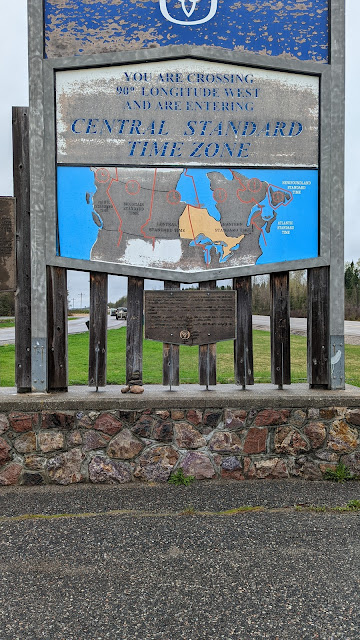 Remember, you can click on pictures to see a larger version.